Archangel Michael: THERE WILL BE NO NUCLEAR WAR… PERIOD!

With thanks to EBSS (Earthbound Star Soul) for this wonderful Channelled Gem from his personal reading with Linda and Archangel Michael on August 9, 2017.

Archangel Michael: Greetings, I am Michael.

EBSS: Well, I think you’re up to the task.

AAM: I am up to the task and I tell you why – because I see, as do you, with the gift of foresight, I see the fulfilment of our beloved Mother’s dream and Plan. I know the fulfilment is not simply wishful thinking. Oh, there are variables, there are variations, there are changes, but in the larger sense it is written in stone because the Mother has declared it and dreamed it. So it is not that this is going to be cancelled or a false alarm.

So as I start there, I wish to communicate to you and the people of this planet very clearly: there will be no nuclear war; there will be no permitted nuclear holocaust! The price is too dear. Gaia, in her infinite, eternal patience has suffered enough. And let us be clear about this. When these nuclear testings are done, whether the vicious malintent of such destruction is held and operated upon, it injures her, it hurts her.

And what we further say is that even these testings have need to stop. Think of it from Gaia’s perspective. When she receives that injury, she doesn’t simply say, “Oh, that was just a test so it doesn’t hurt.” That is ridiculous and absurd. Now [what] we also tell you, with the greatest clarity, is that your star family, your brothers and sisters, particularly of the Unified Forces of the Outer Galaxies, have been capturing bombs for ages and they are continuing to do so. So let us also say to you that if such a situation were to arise, they will help and take care of it.

AAM: That is correct. That is correct in both the smallest sense and the largest sense because that is not part of the shift, of the transition, of the ascension. It is not part of the Mother’s Plan. Oh yes, we are very clear, and we repeat again and again and again: we will not interfere with human free will. But there are certain situations in fact when there is an override, when it means such devastation – and yes, for your star brothers and sisters, no, it is not simply like catching a baseball or a basketball. It is, in human perspective and even in star perspective, a difficult, tricky, necessary manoeuvre, and it will be done and continue to be done.

But hear what I say in this declaration on behalf of the Mother/Father/One: There will be no nuclear war… period! Regardless of human inclination and thirst for power, abuse of power, abuse of control, a complete absence of stewardship, it will not be permitted. And that is what I wish to share with you and the many this day.

EBSS: Well, I guess this message should go out to Steve [Steve Beckow at GAoG]?

AAM: Well, let us suggest to you that there is value in allowing it to gain momentum, so that the human beings realize not only the level of help they are getting but the level of danger, of annihilation, that they are being co-opted into. We have said – in many forms, in many ways, and certainly again and again through this channel – that peace will reign. That is not simply me as archangel expressing a dream or a preference. This is the totality of my mission.

And think of it in this way – my mission is not just the practicality of the absence of war. That is an integral part because you cannot have people carrying peace in their hearts, and in themselves, if in fact they are worried about a bomb dropping on their head. So, of course, that is a necessary piece, but it goes so much beyond that. It goes to the harmony of the species, of all the species living in peace, in harmony, and in connectedness and in unity – and in the realization of what community really means, of what family really means.

It goes to a sense of being still and with being in connection with all, including the precious, individual soul self that you are. But when people are obsessed or overly occupied with external matters such as war, such as abuse of power, uncertainty arises and it is a distraction from the internal journey with the external expression. So it is literally interfering with the Mother’s Plan – and we can’t have that! We have been ultimately and infinitely patient, but this cannot be permitted.

So it is a hiccup in some ways, but it is a necessary task at hand for me and my beloved brother and all lightholders and loveholders, a task for you so that the collective can truly proceed in that sense, that deep knowing of peace within and peace upon this beautiful planet, peace with your star family, peace with another galaxy, peace with the Arcturians, peace with the Sirians and with the CeeCeeCee’ans.

You have only just begun. And I say this not in a dismissive or derogatory way, but the false grids and beliefs upon this planet have been so entrenched. Is progress being made? Most certainly! And you, beloved ones, are the tipping point.

You are the bringers of peace – not alone but with me. Go in peace. 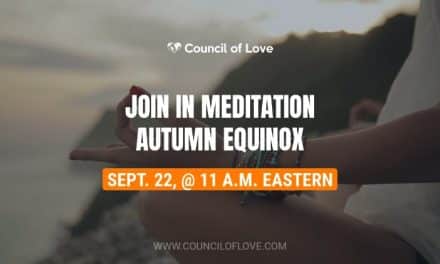 Universal Mother Mary: Inertia…this is your next step…

Grener surprises everyone with announcement