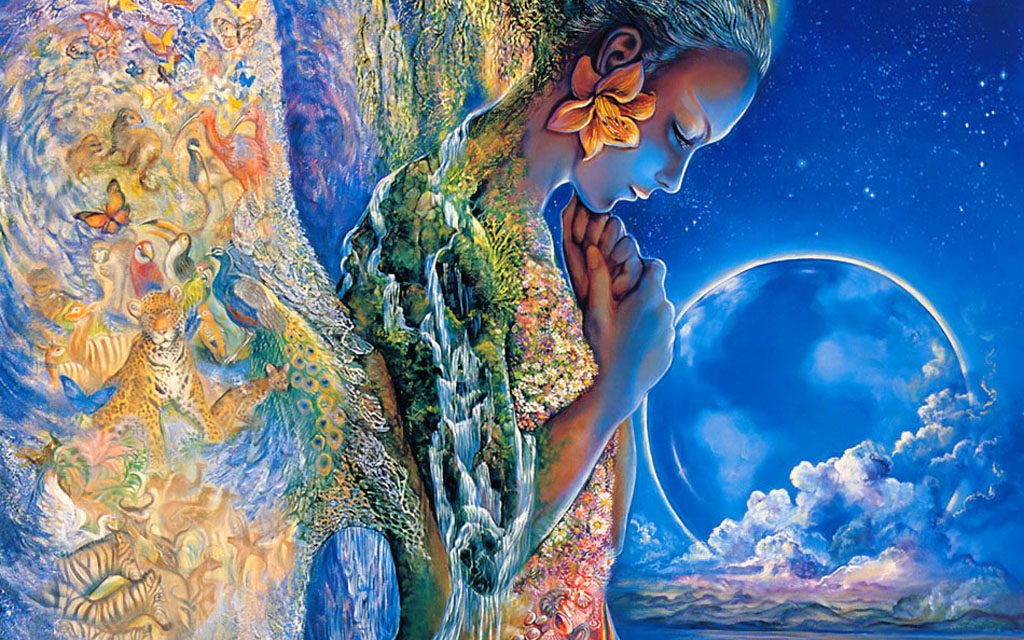 Come and play. Come into the silence and the stillness. The care and maintenance of your divine human architecture/engineering is critical, and it is particularly critical during this time of rebirth and reconstruction.

This fabulous channelled gem is lovingly shared by Kirsten from her personal reading with Linda Dillon.

I come to invite you to the silence, to the stillness, to the places of magic, to the opening of portals. No, not to engage you, sweet one, in action, for there is plenty of that and we will talk about it. But I reach out to enfold you in the majesty of what is and in the silence, in that place of opening, in that place of becoming, in that place of infinite knowing that the Mother has given each and every one of us. For there is no one – no planet, no universe, no mammal, no ocean, no human – that does not contain this place of unity and knowing.

Yes, it is so that in the distractions and the drama, many of the human beings have blinded themselves or turned away from this place of knowing, from this place of unity, of heart, of One. But simply because it may not be actively acknowledged does not make it unreal; it does not eliminate it from the core of their being.

Yes, there are many things that the humans and all of us have been given the power to right, the opportunity to let go of, to surrender, but the knowing and the place of union is not one of them. It is in the sacred union, first of self to self… no, not self to Divine… it is in the acknowledgement and the union of the individual self’s divinity that all else comes to be known, understood, and integrated into the place of wisdom.

Now yes, humans have gotten that a little confused because, too often, they have thought that their starting point is in fact knowing themselves or the world through each other, through outside. Now that is a powerful way in which to proceed, but the place of individual divinity, of presence, is truly the starting point.

Think of how the Mother has even constructed the birthing process of humanity, that they are literally kept in utero – yes, in harmony – and fed, protected, nurtured by the mother energy. But it is in that place of in utero that in fact the awareness of self comes into being, that the understanding not only that one is, or has, or is about to assume form, but that the consciousness of self, the idea of self, the first dimensional reality of self truly takes place and from that everything evolves, develops, and of course becomes ready to take on the external world.

When the Mother and I suggest to you and to humanity that you are in a process of rebirth, it is that bringing back to the self the knowing of your sacred being, of the fundamental elements of who you are, not defined by physical traits or circumstance or society (yes, that comes later). So whether you are in isolation or not, the fact of the matter is you are in the process of this rebirthing.

And yes, it is not a singular event. This is something else that the humans do not fully comprehend. They think it is a one-time and done, and this is not the case. Just as there are seasons of rebirth, of rest, of sleep, of harvest, so it is with the humans. But I did not merely come this day to speak of generalities. I am speaking of this to your heart, my beloved sister.

It is not to be rushed, this gestation period – and yes, of course, you do not want to overstay your visit either. But that is why I come this day and invite you, and re-invite you, and then re-invite you again to come, to sit, to lie, to play, to walk in the stillness and the silence with me that I also, as Mother, will cocoon you and more deeply allow you to discover and rediscover the infinite beauty of who you are.

You have, in ancient wisdom and in human – yes, angelic as well – but willingness, not just in alignment with our will or the Mother’s Will, but in your willingness to be here with me during this time of shift, during this time of change. Now, you do not do this rebirthing alone. Yes, it is a place to discover your divinity, but understand that I simply continue to nurture you, to protect you, to shield you, and to feed you the life force of love.

There have been many ebbs and flows, many different faces that I have presented over the eons, as have you, but as we emerge, sweet angel of light, as we emerge from the cocoon of recalibration, let us also, together, celebrate the New… no, not just the return to pristine old but quite literally the New… for I also am being reborn.

Now, where do you wish, beloved, to begin this day?

Kirsten: I recently learned… and it seems silly [laughing]… that our bodies were designed to facilitate Divine Union and communication with the Divine.

K: [Laughing] It seems so silly that I didn’t know because of course it does! I was wondering if you would speak more about that, our bodies and the chakras…

G: Yes, the Mother and company are excellent engineers and architects and that is true for me, for you, for each being. Think of it, the architecture, the planning for each flower, each molecule of water, but particularly let us address the human engineering construct because not only is it beautiful, it is actually quite startling and amazing!

Now, when you speak of the various realms, be it a blade of grass or a human being – or, for me, a planetary being – it is not a punishment. It is an act of love, and it is an act that is born out of union, and it is a golden, literally, opportunity. Now, as you know, everything is laid out, connected, travels upon the Golden Grid – the grid that Gabrielle has been so busy polishing not only here but elsewhere throughout, again, for eons. She is a very, very diligent housekeeper!

Now, what does she shine it with? Joy and truth and trust and love.

They are given as part of the construction, both physical… and that is really what we are talking about… yes, we include all kinds of esoteric or etheric engineering into what we are discussing as physical realm, and in that we include all the bodies. So your physical construct, in terms of what you think of as your body, is created to continue communication – union – as well as, of course, the true you, which is the expanded self.

Now, this brilliant engineering construct is created in such a way that there are portals, that there are energy centres, that there are meridians that act quite literally as communication channels because the sense of or the actuality of separation was never part of the design. Never! Humans chose to disable the system or to ignore the operating system, but that didn’t change it.

So quite literally the vessels, yes, what you think of as your chakra system, but let us also… when we talk about the chakra system, yes, the 13-14-15-16th but also the triad down not only the core of your body but the sides of your body, along with all your meridians… these are simply systems of activation, reception, and transmission, each area divinely designed in order to facilitate not only communication… because communication is the starting point, not the finishing point.

So it is about Divine Union and Re-union. It is not a one-way circle. It is the continuous ebb and flow, in and out of form and in and out of life, but that that flow of energy is always, always present.

So let us talk about it in a practical application. So, for example, if you are in sacred union with a beloved partner and then mishaps, misbehaviour, misunderstanding occurs and your heart shuts down, but you choose to still occupy the same house for practical reasons, or even selfish reasons, but that you occupy different ends of the house and you never talk to one another, and every now and then you catch a glimpse of one another as you head down the driveway… well, that means the sacred union has come to incompletion and unless radical decisions and interventions are taken, then that bond falls away.

The Divine Design, the Divine, your Mother, and mine, care too much to allow that to really happen. So every being in the construction – and now we are talking human as well – is built quite literally electrically, mechanically, structurally, esoterically to be able to maintain – not ‘obtain’, let me be very clear about that – to maintain sacred union because, as we say, you have not been shunted out of home and it has never been an either/or.

Now, humans notoriously choose to often live in one or another of their bodies, and often what happens in that is that the centre, the operational centres, what you might think of as the chakra centres, become overworked, or the seal gets torn and rented and blown apart, but the essential equipment is still there both in your brain, in your heart, in your lungs, in your liver, in your blood…

You see, we did not simply, you or I, come with one delivery system. The Mother has created umpteen, numerous, delivery systems to keep those lines of communication and sacred union open. So whether it is in the pineal, or in the pituitary, or in the heart…

And where humans are right now in their evolution… and that is why so much attention has been driven away, not excluding, but certainly away from the brain because that came to be thought of as simply an electrical system, a storage facility, and it is so much more… but the attention has been to the heart because that is the heart, quite literally, of the operating system where the union and the knowing of the union take place.

Now the heart does not horde this information, quite the contrary. It gleefully, joyfully [chuckling] announces it through lymph, through blood, through air, through mass. But yes, of course, the human body – and every body – is designed so that you can experience sacred union, divine union, personal union while in form. It is but a variety of the experiences that are offered.

G: So that is one of the reasons why I have begun this day by inviting you to come and play and to come into the silence and the stillness. The care and maintenance of your divine human architecture/engineering is critical, and it is particularly critical (and yes, I use that word specifically) during this time of rebirth and reconstruction. 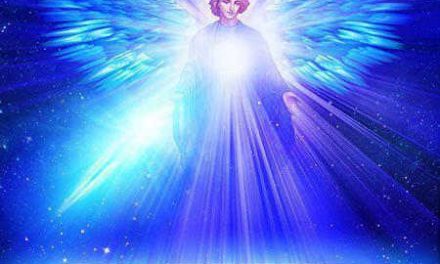 Archangel Michael ~ How our Partnership Works and What it’s About 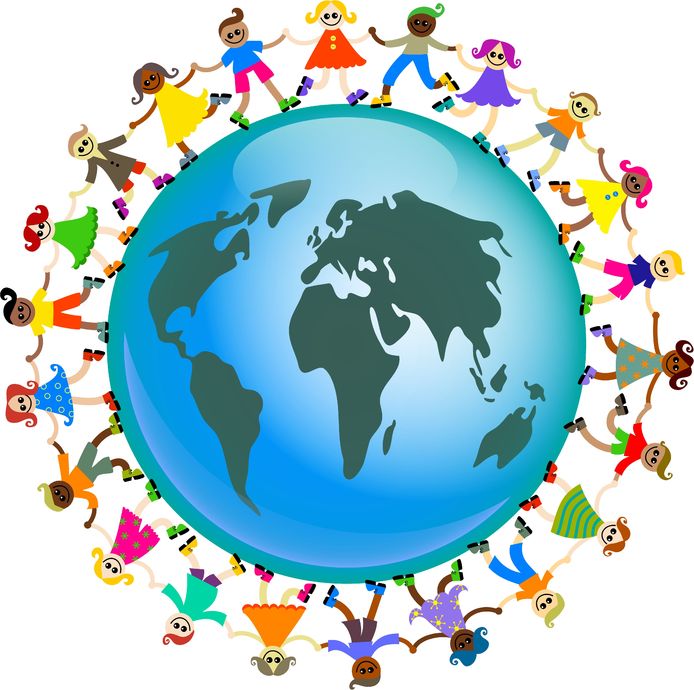 What Would Mary Do?