A Message From Jesus: Coronavirus ~ How Lightworkers Can Assist 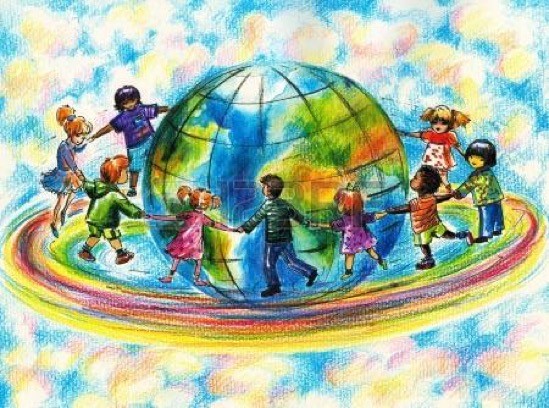 So, is this entire situation with the Coronavirus a re-set, a re-examination, to move from the ego – yes, to the root chakra – and back to the heart? Yes, it is. It is a golden, silver, rainbow opportunity!

A Message from Jesus: Coronavirus ~ How Lightworkers Can Assist

Greetings, I am Jesus, I am Yeshua. Welcome! …

Yes, this is a time for fortitude and valour and many of the stronger qualities, but none of these stronger qualities mean anything when they are not married to/conjoined with the mercy, the compassion, the patience and the love. …

There is NO such thing as separation – between Heaven and Earth, within and without, above and below, past-present-future. There is no separation! The human race, this collective that you and your sister work so diligently with, has forgotten this and they have built these artificial walls. They think that these walls are about survival and they are not.

They have made these subconscious, unconscious, decisions [about] who’s in, who’s out, what’s acceptable, what’s not. Think of it in this way. Everybody has been sent home – sent home from school [chuckles] – to re-examine these false illusions and to realise through their hearts – yes, through their beings, but primarily through their hearts – how precious it is to literally live in community, and to re-examine and re-emerge with an understanding of what is acceptable, what is desirable, what is needed in community.

Now, right now, in terms of the energy systems, most of the human race is living in their root chakra, and maybe in their pelvic chakra, but they are literally in fight or flight. That’s why the Mother has suggested to you: “Move out of your heart and let’s go to where the human beings are literally situated at the moment.”

But as they calm down, as they actually get to feel what physical separation feels like, they will start to journey back, not spending a lot of time in the lower meridians or chakras, but coming up to their heart and high heart and reconnecting in a determined, passionate, infinite, divine authority decision to anchor in what is near and dear, what is truly important.

What is important is not that you have more than your neighbour – whether your neighbour is down the street or across the planet; it is not about the accumulation of more wealth, more security, more anything. Your own spiritual/mental/emotional/physical health depends on the wellbeing not only of your sacred self but of your community, of the collective, because isolation – real or imagined – makes life very lonely.

So it is not about getting ahead. It is not about erroneous forms of self-protection. It is truly about sharing of the heart, of coming to realise that with family and friends and people, knowing that life will be shared. I taught this when we travelled and I would share loaves and fishes. I did not say to people: “Oh, there is only enough bread for those of you who are my inner circle, those of you who have been working with me closely.” No!

It was as important that the person that showed up as sceptical and critical on the fringes of the crowd… it was just as important – and sometimes even more important – that they be given the fish and the bread and the water so that they would know that they were included and cared about, and that it was never about ‘us and them’. And that is what has happened to this planet. It has become an ‘us and them’ so that everybody feels that they are, in one way or another, in a constant struggle for survival.

It has never been about struggle. The Mother created this Earth as a playground of plenty! But rather than being grateful and allowing Gaia to catch her breath – that’s what the seasons are about – and rather than allowing the ebb and flow of energy, there has just been this constant demand on Gaia: “produce, produce, produce – and if you don’t, I will sully you, I will pollute you, I will kill you.” How do you kill the Mother that quite literally feeds you?

So, is this entire situation with the Coronavirus a re-set, a re-examination, to move from the ego – yes, to the root [chakra] – and back to the heart? Yes, it is. It is a golden, silver, rainbow opportunity!

Your job – your job, dearest Joseph, and your job as lightworkers – is indeed to hold the safe space, first to feed the energy into the root chakra, into the pelvic chakra, so that people are firmly anchored in safety and the knowing of security upon the planet so that they can then move back to their hearts. That is what you are doing; that is where we ask you to focus the energy. …

Now, you aren’t doing this in the one session. You will feel it and you will know it. So, right now, ALL the energy is going to the root to anchor those who wish to stay upon the planet, so that the safety and security issues of the individual, of families, of communities, of the collective is firmly in place once again.

Because well before … well, certainly before the Coronavirus appeared … individually and collectively, there has been a weakening not only of the connection to Gaia, but the connection to feeling that people live in a safe and secure world. With the political upheaval, with political shenanigans, with political abuse of control, abuse of power, with wars, with mayhem, people have increasingly felt insecure.

They may not have termed it that way but they are really sensing – whether it is in China or in the Middle East or in Africa or in the United States of America – that they have felt insecure: “Which way is up?” “What’s going to happen next?” “This is insanity!” So that sense of safety, which has to be a pre-condition, a prelude to being able to be in your heart, has been eroded.

Now, as lightworkers, you have bypassed that; you have done the work and so you are firmly anchored in the knowingness, the divine authority, and the love within your heart. But the general population, the other 6 Billion, have not been feeling that. They’ve been feeling a yearning and a spiritual/mental/emotional/physical exhaustion at being on planet, but they haven’t been able to get back into their hearts because they have felt that their survival needs were shaky, have been in question.