With gratitude for this Channelled Gem to Karen who lovingly shares this wonderful excerpt on Ascension from her personal reading with Linda and Universal Mother Mary.

As you know, there is still a great deal of the chaos – which is being broken up even as we speak – but there is a great deal of chaos still upon your planet. And if it wasn’t so tragic, it truly would be humorous.

UMM: It is such a folly and it is beyond absurd, but it is tragic. Now that is being broken apart the way deep ice on a lake breaks apart in the spring, and the recalcitrant, whether they know it or not, like it or not, accept it or not, declare it or not, it matters not – not one being upon your planet is exempt from both the Porlana C and my renewed, resurged Tsunami of Love; not one being.

And with the infusion of my love, my energy, my pattern – and your Star family’s energy and pattern – there is no room for anything else. So it is as if you are getting the suds and the rinsing cycle at the same time!

K: [Laughter] Is that why we can’t remember anything, we’re going around and around in a washing machine?

UMM: Yes, very much! And you are circling the drain, and sometimes you are holding on for dear life! [Laughter]

K: And people that are resisting, are they holding on for dear life?

UMM: Yes, they are; well, some are, some aren’t. But in that, although I work, play, dream, exist in infinite, eternal, what you may think of as ‘time’, I also create constantly. But I also create within what you can think of as ‘brackets’ – that is a term I often use – within which things are taking place, and in my creation have need to come to… hmmm… a form of conclusion and completion so the next chapter can start. It is not that everyone is dying. It is simply there is a phase for things, like the phases of your moon. Well, this phase is coming to completion.

Now in that, what you as lightworkers and beloved loveholders have been doing is truly… and I have been urging you – except for a few whose job it is to not engage with the recalcitrant, the… hmmm… not the fence-sitters so much but those who are truly resistant – to not, other than sending love, to not reinforce them or participate in any way, because I do not want that behaviour reinforced.

And many, many, they may not be declaring themselves as loveholders or lightworkers, but they are shifting and they are thinking, “Yeah, you know that really doesn’t work for me, and I’ve been trying this way for so long and I am exhausted.” And ‘exhausted’ in this situation is good, because when you are really exhausted, you allow the riptide as it were to the current to simply carry you. And when you have that level of surrender, I guarantee I will carry you safely back to shore.

Now, are there those that simply refuse the energy? I will not override their free will – and in that internal refusal, they are truly creating not only more chaos for themselves and the external reality, they are creating internally, and often externally, a situation of despair. And that is very, very sad.

Now those people – and think of it: you are working yourself with 144,000,000 of mine – but those people who just simply say “no, I don’t want to do this” will be gathered up in mercy, in compassion, gentleness and kindness – not brought to somewhere else, let me be very clear about that – they will be brought home for reconstitution.

K: Okay, so they will not necessarily stay in form, in body, on the planet and ascend in body with the rest of us; they’ll come home to you to reconstitute?

UMM: That is correct. They will either die beforehand or die during, because they cannot incorporate the level of the love energy – because that is what Ascension is – they cannot incorporate that and it literally… you have heard of situations, especially you… have heard of situations where people’s hearts simply stop or explode for no explained reason.

It is simply because they cannot continue on, and the merciful thing to do is to simply, gently and kindly, bring them home. We do not know the meaning of punishment, of what has in the so many different religious pursuits been called “hell”. “Hell” is when you are in that place – the depth of despair.

So that is the separation that some are incompletely understanding. So it is not that I am spinning-off a certain proportion of the population to go and live on another planet or something. That is not my Plan. And I tell you why: because this Ascension pattern – the process, the paradigm, the pattern – is to be replicated on many other planets. So we don’t want to take those who are recalcitrant and then make a situation worse elsewhere. That would not be kind!

So it is far better – and I use that word specifically – it is far kinder to bring them home, let them refresh and then decide where they wish to begin over. And most of them, sweet angel – although I do not decree it so – most of them will choose to come back and live on Nova Earth because they will want to see and be part of what they missed!

UMM: That is correct. And so they will have a hiatus. It is not a matter of judgment, but it is also from their perspective when they are home, so to speak… there will be a sadness that needs healing because they will realise what they missed. But in that sadness comes the healing and the reinvigoration to come back, begin again, and do better than ever!

K: Oh, fabulous! Thank you so much for explaining that because it’s been swirling around in my head… since I was a child I’ve had that fear, ever since Christian Camp, that thing about people all of a sudden disappearing and some left behind terrified me. I think I’ve had vestiges of that still for me and/or for others, so I’m really grateful to you for explaining that.

UMM: We don’t leave anybody behind. All are attended to – and it is curious, is it not? – all are attended to in ways that they, unwittingly or fully aware, choose to be attended to. The sense that lightworkers and my beloved warriors of peace and my sweet angels of blue and all the lovebearers will feel, the exuberance, the sense of victory – not in an egoic sense but a sense of “we did it!” – for all of you who have truly persisted will be enormous.

K: Oh, my goodness, yes. I’m very grateful to see a little progress here and there, it’s exciting, and to get these explanations from you. … I’m feeling so much better but why am I twitching like this?

UMM: They are activations, sweet one. We are simply turning up the frequency, and the frequency of Porlana C is highly electric.

K: Is that why, if I run my hand down my arms and hands, it’s electrical?

UMM: Yes. And think of it this way: my Tsunami is the energy of water – of washing, cleansing, filling, transforming – but water also heightens electricity; it becomes a conduit. So yes, that is enough to create jerking! [Laughter]

K: Oh, yes, that’s very interesting! … A question about outer space, if I may. The first time I saw a picture of a beautiful Star Incubator, I thought “If anybody doesn’t believe in God and saw this, they would believe in God.” I know things are hidden from us about space, but is it really inhospitable, a vacuum, cold? Are there beautiful colours of the planets that are being hidden from us?

UMM: Not hiding… there is a degree of, can we say cloaking, but not hiding so much as also your awareness of the above, of space, has been limited. Now it has been limited in a couple of ways. First of all, it was limited so that your focus would truly be on planet, because the engagement with space, with the stars, with the planets, with Star family, is a partnership and a backdrop certainly, but especially for those of you that I desperately need [laughing] for this unfoldment… many of you would simply choose to be elsewhere! And that is not truly my Plan.

And so, that awareness is growing and will continue to grow. But yes, it is surprising. You are correct. How can anyone even look at a midnight sky and not know that there is a vast, vast universe that has been basically… there is some awareness… but basically untouched, untraveled, unexplored – from the human perspective, because many of your Star family of course are very much the explorers. But that has helped you stay with your feet on the ground. You are floating enough!

K: Yes! … May I just clarify one thing about Ascension, Mother? It might already have been said, but is there a jump at some point when we actually dive through it? Like now it’s gradual and we’re moving along, but is there a time when there is a jump, when the sun does a flash over us or something that brings us up altogether into this higher octave or higher dimension of frequency?

UMM: Well, it is not the sun doing the flash, sweet one. Think of it in this way – it is me doing the splash!

K: Oh! So there will be like a jump or a moment of…

UMM: It is a jump in consciousness…

K: Okay. And we’ll be ready for it? We won’t be shocked when we have this jump and go “Aah, what is this?”

UMM: You are all ready for it right now and so no, it will be “Oh, thank goodness it finally happened!”

Yeshua: This is the time when Love is restored!

Sacred Union: Yeshua asks, ‘Why should love have to wait any longer?’ 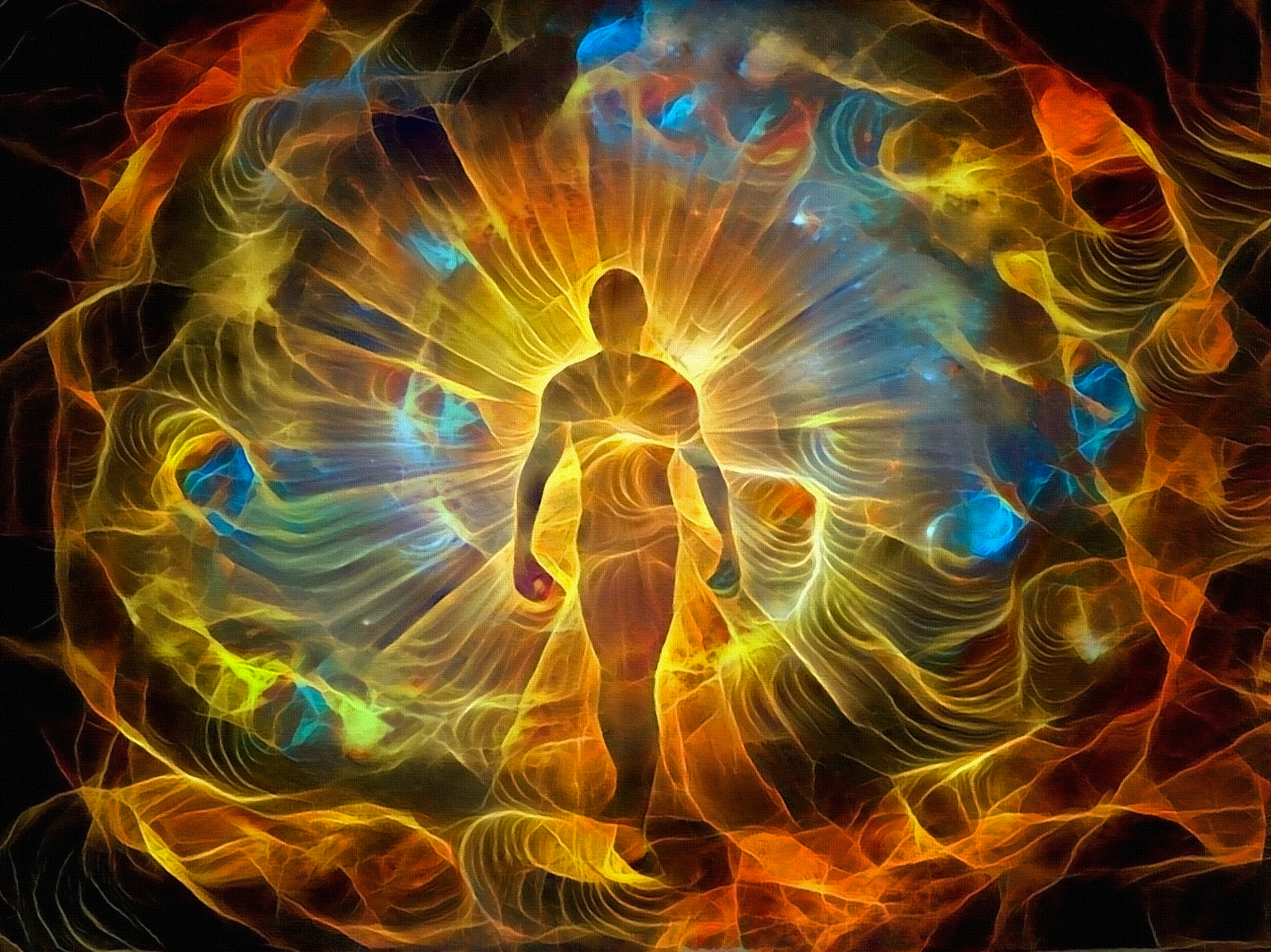