Notes coming out of the Joshua Tree Gathering

(Editor’s Note: Lorraine is an editor of the Golden Age of Gaia. She gives a view of the Joshua Tree conference from the vantage point of a participant in Linda’s New You webinar series.)

Linda Dillon and the Council of Love (COL) presented two five-month webinar/seminars in the winter-spring of 2013. Twenty-five people attended each series. Then she wrote a book: “The New You, Emerging into the Brilliance of Humanity’s Heart Consciousness” … and, if that was not enough, last weekend she presented a conference at Joshua Tree Retreat Center in Joshua Tree, California. It was an honor and a joy to be a part of these events and I’d like to share some reflections on both.

The center at Joshua Tree was built by Frank Lloyd Wright and his son Lloyd. The center is located in the high desert of eastern California, two and a half hours from Los Angeles. I’m a lover of Frank Lloyd Wright’s work and have always been in awe of his genius. The unique architecture of the center is an experience in and of itself.

The approach to Joshua Tree is a gradual entry into the desert and the retreat center. It’s surprising at first because one may not realize that the buildings blend in with the desert in such a way as to create a sense that there’s no separation between the two. Stone, wood, sand and cactus blend with the unique Joshua trees and beautiful water features. Yes, abundant water in the middle of the desert – due to a natural underground aquifer – accompanied by a crystal grid that is a conduit for our star brothers and sisters – and star ships galore. Can you tell I’m a fan?

Having attended the webinar series earlier in the year I didn’t have plans to attend the conference until I received a direct message that said: “You are to go to the conference in Joshua Tree. It’s being arranged. Visualize yourself in Joshua Tree.” I was surprised to receive this message because I intended to attend the gathering from the comfort of my arm chair at home — having attended the webinar series I already had the materials – I thought this approach would be fun.

But after receiving the message, I found myself printing photos of the retreat center off the internet, maps of the route from LA, the ad from the Council of Love website and the agenda — and kept those copies at hand during my daily meditations.

Thus, it happened. I attended. And I’m so grateful and filled with joy at the experience of meeting, reuniting and celebrating with this part of my soul family and marveling at how quickly the paradigms are changing and new patterns are emerging.

The webinar series presented a series of channeled messages, an online forum for group discussion, sharing and support, guided meditations with music and a plethora of tools designed to expand one’s awareness, soften the heart and allow gratitude, joy and bliss to emerge as a demonstration of the heart-centeredness that is our birthright. Linda Dillon’s generosity is enormous. Her guidance, support and loving presence were a grounding light to our group.

My experience during the 5-month webinar can only be described as filled with awe and wonder from the daily practice of the exercises to experience our soul color, mission and purpose, multi-dimensionality, creation formula, the importance of self-love and care, and the meaning and purpose of integrating the 13 Blessings and Virtues and the Divine Laws into our lives.

Most important though was a deeper understanding and coming together of past dreams, visions and experiences that I’ve had over the past thirty years. Pieces of the puzzle are falling into place.
As Archangel Gabrielle shared through Linda: “The New You is the fully heart-conscious being who accepts that you are in the infinite process of becoming.”

We’re accepting the mantle of the New You at this critical juncture of universal history and as Archangel Gabriel has said, “creating new patterns that were laid down long ago by the Divine Mother.” During the webinar series we’re peeling off the layers of fear, disillusionment, anger, resentment (termed core issues, a.k.a. vasanas) and emerging into a place of awareness, trust and allowing.

I’ve found myself in a different perceptual space where I’m actively engaged each day in making new choices in how I’d perceive a given situation. The work creates a desire for engagement and a new awareness where I could see and feel a new type of muscle memory emerge (the heart is, after all, a muscle) which is guiding the way.
Thus I approached attending the conference without expectation but with the experience of the webinar series. I realized almost at once that my perception of the material had expanded. During the conference sessions, I observed my reactions and behaviors and experiences and realized that something has changed — they were different. I realized that I’m moving in awareness into multiple dimensions. I’ve heard an expanded message in the channelings — and can see the expansion in our concepts and desire for unity. The unity awareness/consciousness is a given, and this seemed to happened without effort.

There’s a difference in a virtual group and a group that’s physically present together. One-hundred plus people gathered together with a unified intent to expand consciousness individually and collectively. The gathering included a beautiful breath work and dance and music session presented by Christina Mahler and Taka. The low thrumming resonance of the universe opened within me at the sound of Taka’s didgeridoo. The repetition of focus on the breadth calmed my monkey chattering mind and softened my heart.

The awareness that I’ve experienced since childhood of knowing that we were all connected came to light in a different way. An expanded awareness is emerging of knowing who everyone is and it’s emerging with a sense of deep grounding. There’s a new delight in the awareness of our diversity.

I recognized people that I was seemingly meeting for the first time. I knew them, and in one case, knew how I knew. It happened on the drive from Los Angeles to Joshua Tree. I made arrangements with six other attendees to rent a van for the drive from the airport to the conference center. When the group gathered, I recognized everyone.

I immediately felt as if I was with a group of long-time friends. On the drive I sat next to one of these women and could recall when and how I knew her. She had a similar reaction to our meeting. We laughed out loud at the realization. We were sisters!

We’re all unique and so very special in the universal plan, and sharing and accepting that uniqueness is critical to the emergence of the new earth and the New You. A fellow participant made a comment to me that she thought this was a highly evolved group. I replied that I felt we were viewing a microcosm of the planetary consciousness.

I’m an eternal optimist and a cheerleader at heart, and love meeting and learning from people and their lives and experiences. This conference was a beautiful gift!

Oh yes, almost forgot: our star brothers and sisters were out in full force – their rainbow ships gracing the heavens.

And one more thing: the food was outstanding!! 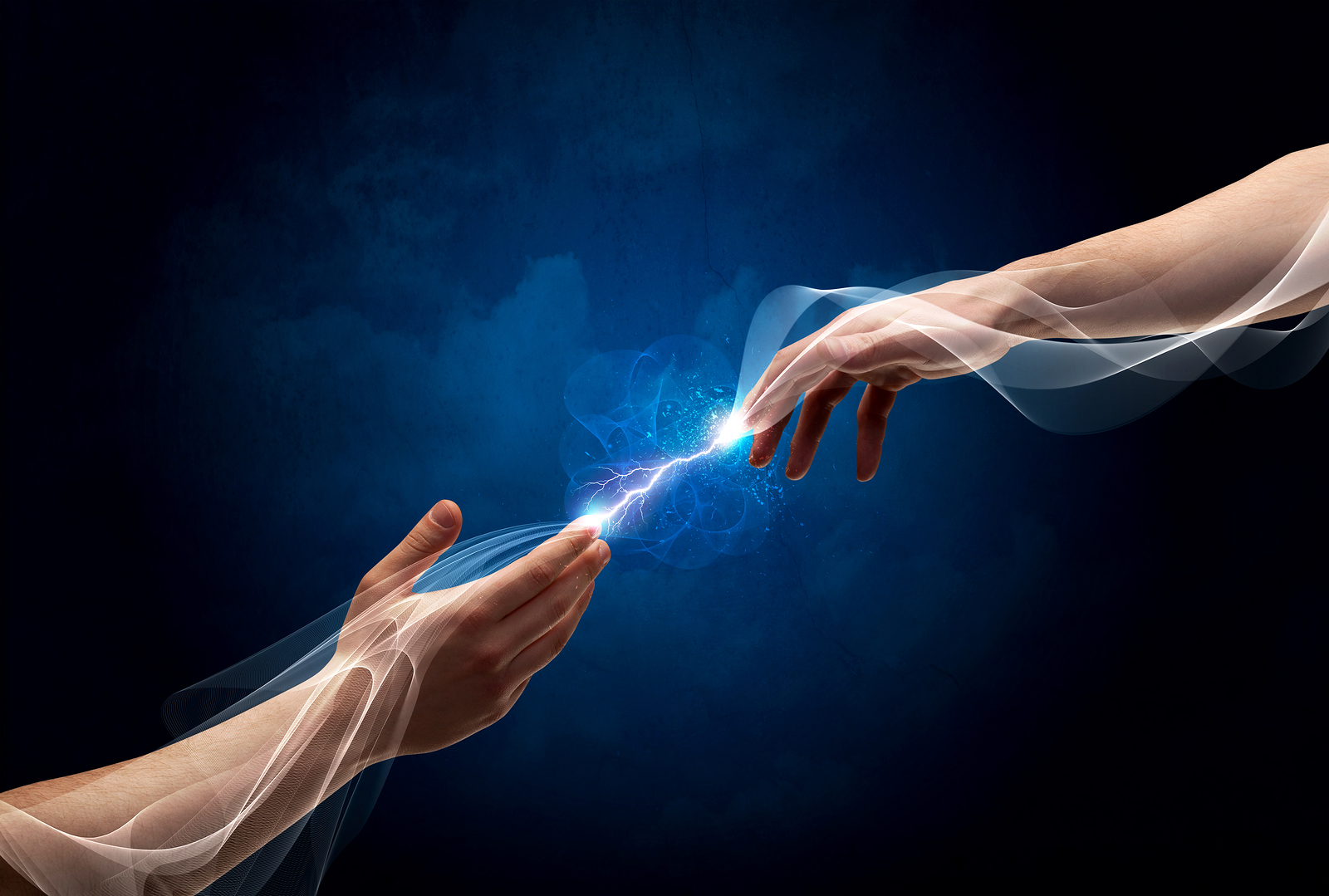 Divine Mother: “It begins with clarity…”